Teslamag was able to confirm that Tesla will produce the Model Y in Germany with a structural and module-less LFP (LiFePO4) battery from BYD. This is great news!

However, we still don’t know if Tesla will use this opportunity to upgrade to a 800-volt system like the BYD Seal. Tesla already said that a change to 800 V would reduce costs.

In China, Tesla will continue to use CATL as a LFP battery supplier. However, this doesn’t mean that there will be no changes.

Avatr, whose biggest shareholders are Huawei and CATL, is about to launch its first model, the amazing Avatr 11. This is an electric SUV that has a 750-volt structural and CTP (cell to pack) battery made by CATL. Tesla will likely want to adopt the same advanced battery technology, with the difference of using LFP instead of NCM cells. 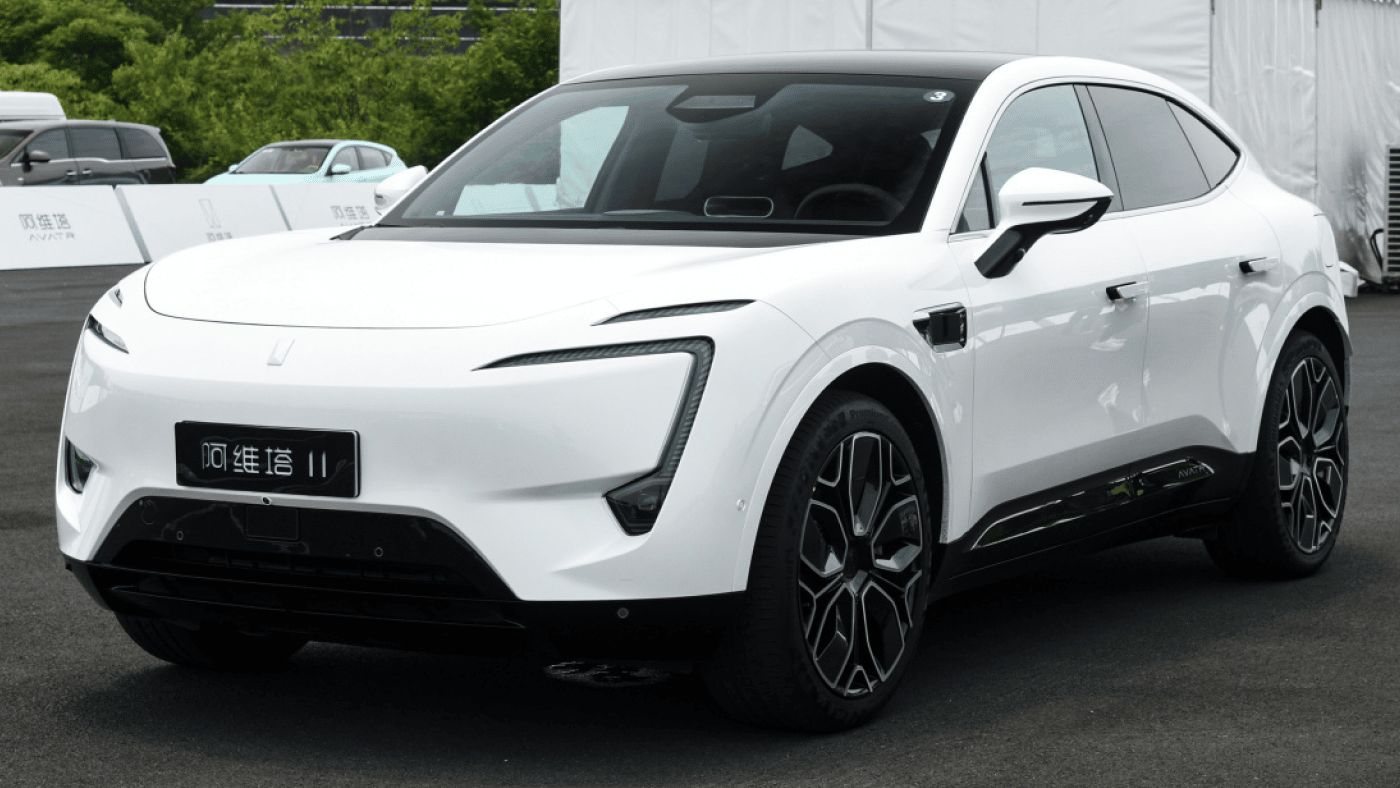 Finally, automakers that are serious about mass producing good electric cars should adopt simple 800-volt batteries that are structural, module-less and easy to repair like the one in the BYD Seal. This is the opposite of the unrepairable structural battery pack with 4680 format cells that Tesla recently introduced in the USA, which is an example of planned obsolescence and environmental crime that would make Apple proud.

Anyway, I hope that Tesla abandons its unrepairable and complex battery pack philosophy and adopts simple and repairable structural packs from BYD and CATL. It seems that it will be the case in Europe and China, but not North America, where Tesla produces the 4680 cylindrical cells.

What about you? Would you prefer an electric car from Tesla with the complex and unrepairable 4680 battery pack or a more simple pack made by BYD and CATL?

BYD will go the 2022 Paris Motor Show to announce that the EV revolution is coming to Europe.

BYD, the world’s leading manufacturer of new energy vehicles (NEVs) and power batteries, will attend the Paris Motor Show 2022 to showcase its latest passenger car product range and technologies to the European automotive audience. It follows BYD’s recent announcement to enter Europe with its technologically advanced range of new energy passenger vehicles, starting with delivery in Q4 2022, and its ongoing commitment to this emerging European market.

Norway has served as an effective pilot market in Northern Europe for BYD. In 2021, BYD successfully launched its Tang SUV to Norwegian customers and has since received positive feedback from consumers. Following this, BYD has recently appointed key dealer partners in Europe to continue this journey. Through such partnerships, BYD is now poised to enter the wider European market as it exhibits its latest range of new energy passenger vehicles and industry innovations from a prime location at the Paris Motor Show.

Such automotive innovations emerge from BYD’s long-established expertise in power battery research and development spanning 30 years, and ground-breaking accomplishments in world-leading technology for eMobility solutions. This knowledge and dedication to battery electric vehicle development has been a major factor in BYD becoming the world’s leading NEV manufacturer, with products for commercial and private use. BYD has provided its NEV service to over 2.1 million customers, and in the first half of 2022, reached a milestone for sales of new energy passenger cars exceeding 640,000 units.

BYD stands by its long-held vision for electrification in transportation. BYD is committed to developing and evolving sustainable technology to reduce global carbon emissions, providing non-polluting viable alternatives to ICE vehicles. BYD also believes in the value of regional partnerships in helping to accelerate change, and provide customers with local comprehensive product support.

BYD has a long heritage in the global NEV sector, with extensive experience in the industry. The first time BYD attended a European automotive show was at the Geneva Motor Show in 2008, when the world’s first PHEV F3DM was researched, developed and unveiled by BYD. Now 14 years later, BYD has chosen the Paris Motor Show to underline its commitment to bringing a range of new energy passenger vehicles to customers in Europe.

Michael Shu, General Manager and Managing Director, BYD Europe and International Cooperation Division: “We are excited to bring the BYD brand, and our latest passenger car innovations equipped with world-leading technology to customers in Europe. We are looking forward to developing relationships with European dealer partners at this momentous time to bring customers innovative, sustainable solutions and localised comprehensive support, from sales to aftersales services. To be part of this prestigious international event for the automotive industry provides the perfect launchpad for us to showcase our eMobility solutions in Europe. It also underpins our commitment to sustainability in this sector, in line with our support for the Cool the Earth by 1℃ global initiative.”

In Europe, BYD is already very successful in producing and selling electric buses, now it’s time for the Chinese company do the same with its passenger electric cars.

Considering that last year BYD confirmed that it’ll produce batteries for electric cars in Europe, I expect that at the Paris Motor Show the company reveals its plans for localized production.

The post BYD will be present at the 2022 Paris Motor Show first appeared on 🔋PushEVs.

The BYD Atto 3 (Yuan Plus) will be the first model to arrive in Japan, followed by the Dolphin and the Seal.

BYD ATTO 3 is slated to become the first BYD passenger vehicle sold in Japan, with sales expected to begin in January 2023. BYD DOLPHIN and BYD SEAL are expected to follow soon after, hitting the market in the middle and second half of 2023, respectively. These three EVs bring more choices and further enhance the local electric passenger vehicle market.

Wang Chuanfu, Chairman and President of BYD, said: “As one of the first enterprises to develop electric vehicles in the world, BYD has accumulated 27 years of expertise and experience in the field of new energy vehicles, and has mastered the advanced technologies spanning batteries, electric motors, electronic control systems and automotive-grade chips. Today, with the support and expectation of consumers, BYD officially hits the new energy passenger vehicle market in Japan. Through the joint efforts of BYD and the local NEV market, we are dedicated to leading the way in e-mobility for a better life.”

Liu Xueliang, General Manager of BYD Asia-Pacific Auto Sales Division, stated: “Starting from today, BYD, along with Japanese dealers and partners, will gradually establish a complete sales and service system to bring a low-carbon lifestyle and a better customer experience for the local people.”

The three electric car models launched by BYD in Japan are all built on the new e-platform 3.0. 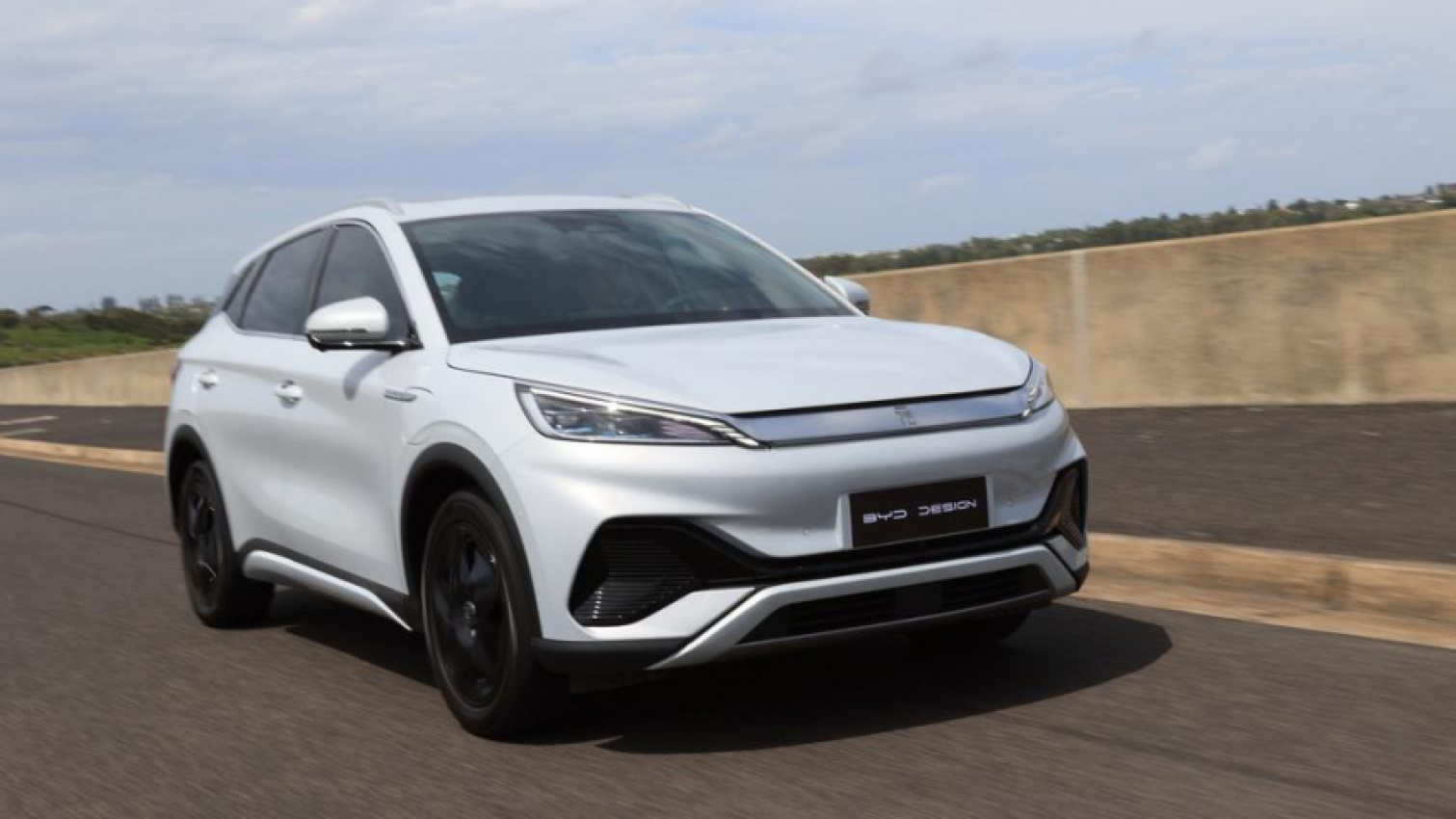 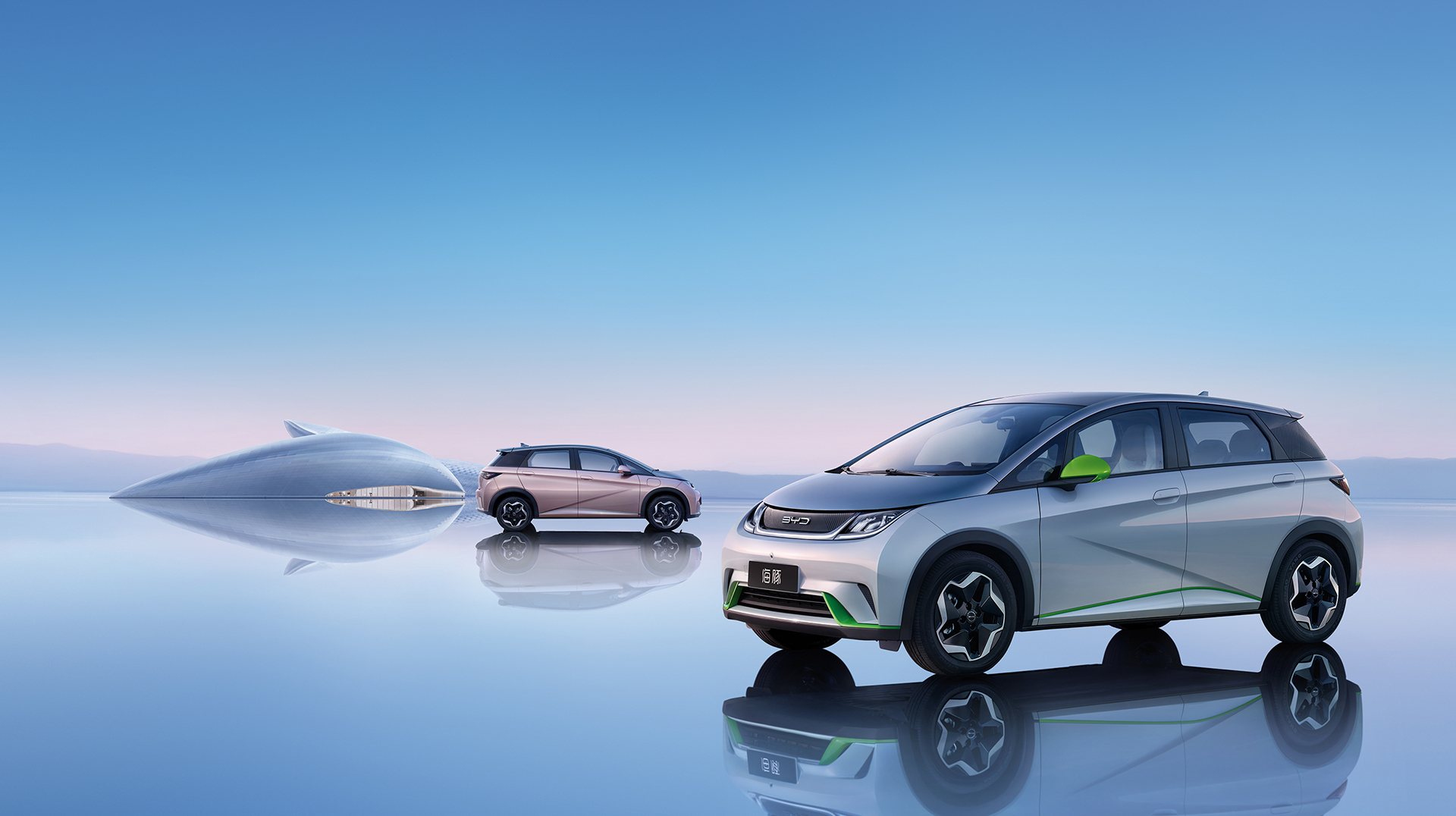 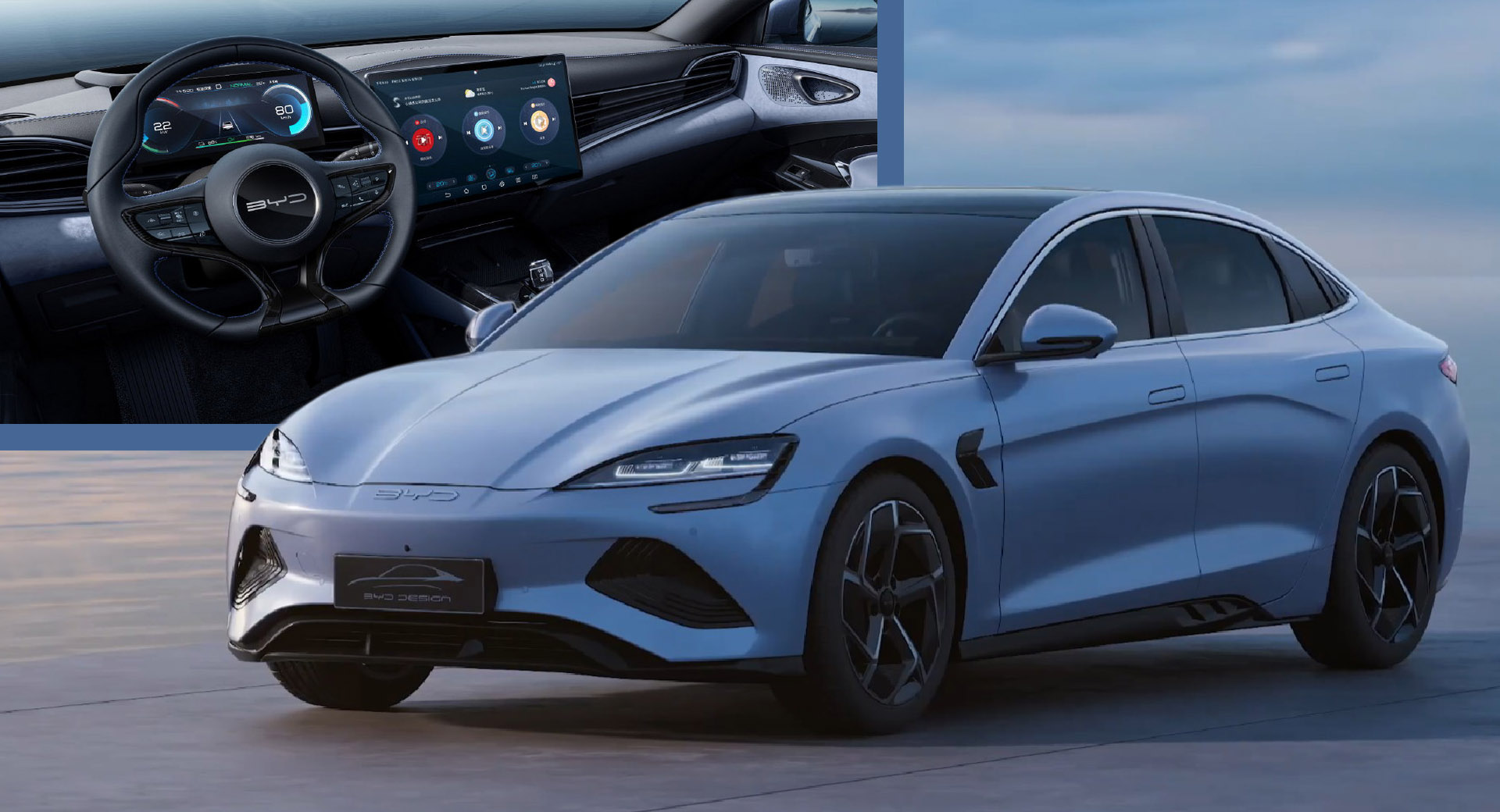